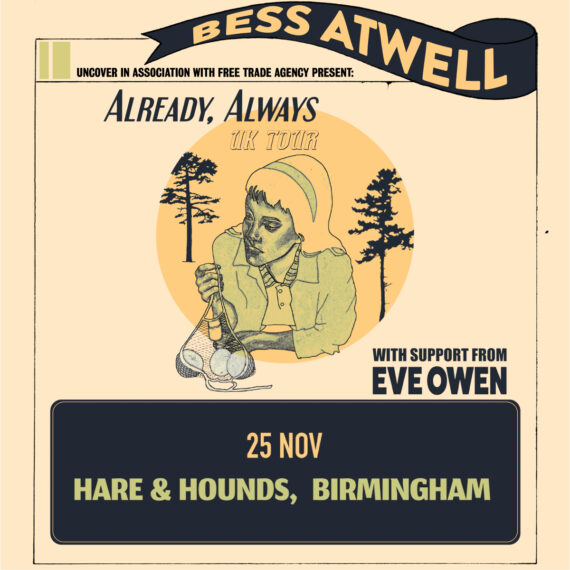 BESS ATWELL
Several of Atwell’s original songs were written around that brief but painful separation from her partner. It was the first relationship where she felt truly safe for the first time, ensconced in the familiar and the routine. But like the aforementioned Mrs Dalloway, Atwell was conflicted by her instinct to flee the very thing providing that comfort. She addresses this on the closing track, “Nobody”, which fits into the existential sense of loneliness that dominates the record. “I think it’s a perfect way to end things,” she says. A perfect ending, yes, but Atwell’s debut marks the beginning of a truly extraordinary career.

EVE OWEN
Her debut album Don’t Let The Ink Dry, produced by Grammy-award winning producer Aaron Dessner, features the single “She Says” and was released by 37d03d Records. It is an intimate portrait of loneliness and longing, nearly devastating in effect but infinitely softened by the warmth of Owen’s vocals, the unbreakable hope in her delivery. In addition to her work with Dessner on Don’t Let The Ink Dry Eve also contributed lead vocals on The National’s song “Where Is Her Head” from their album, I Am Easy To Find.