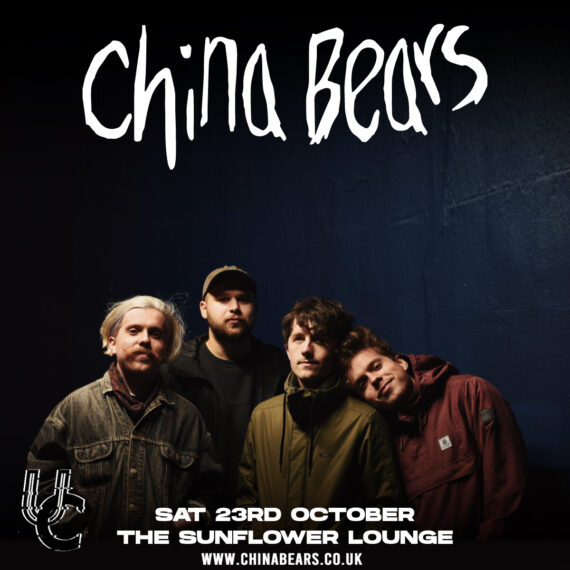 CHINA BEARS
Originally formed in Somerset by twin brothers Ivan and Frazer, the line up was complete in late 2015 after meeting James and Dean at university in Guildford. China Bears have spent the last few years playing extensively around the UK, with notable support slots for bands such as: Genghar, The Districts, To Kill A King, Geneva, The Howl & The Hum and many more. The alternative indie four-piece were selected as an official artist for SXSW 2020 in Austin, Texas and made NPR‘s acclaimed top 50 must see artists of the festival list.