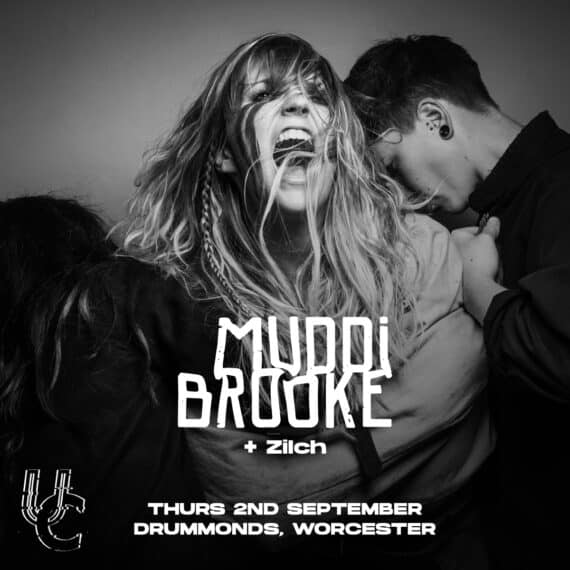 MUDDIBROOKE
Since getting together in January 2020, they have released two singles, which have already achieved airplay on Kerrang! Radio, made ‘Track Of The Week’ on BBC Introducing and even made it into the Top 10 of the Greek Rock Charts for four continuous weeks – as well as many other radio stations around the world such as Canada, United States, Singapore, Spain, Sweden and many more.
Looking to the future, MuddiBrooke plan to release their Debut EP, ‘LUNACY’, in Summer 2021 and are currently building a UK Tour and Holland/Germany Tour.

ZILCH.
Zilch. are a raucous alt-rock 3-piece from Worcester, UK who have been on the live scene since September 2018.
Harnessing melody, groove and positive angst in their songs, they create a dangerous balance musically, and this carries over to their live shows, known for their raw delivery.
Loud and energetic, Zilch. are sure to provide a sonic punch drenched in distortion and sweat.