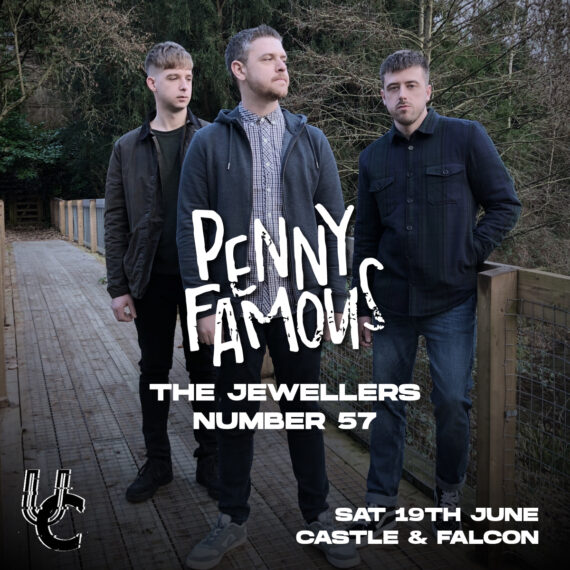 THE JEWELLERS
The Jewellers are a brand new, 4-piece indie-rock band from Redditch.

NUMBER 57
Number 57 are Matt Jinks guitar/vocals and Paul Brighton on bass. Formed in the back streets of Bearwood at the tale end of 2017 quickly establishing themselves as a top local act, with a monthly residency at The Abbey and full live shows around the city. Stuck somewhere between the Sleaford Mods and The Jam apparently.