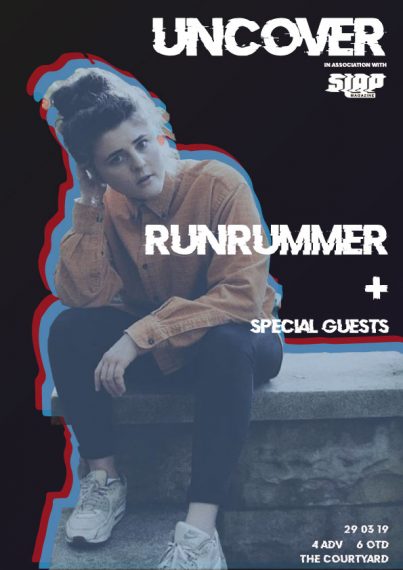 With BBC Introducing support and a sold-out debut show under her belt, Runrummer is an artist on the rise and certainly one to look out for. Like many of the new crop of young British pop, Runrummer pulls influences from 80s electro bands alongside contemporary sounds from Christine and the Queens, Lorde, and Flume, while her lyrics explore complex subjects like gender identity, sexuality, and mental health.

Supports will come from Slow Tapes, the new project from a former member of beloved Thousand Mountain. Evoking sounds of Foals and Tame Impala, they’re describing themselves as the sound from a decade that never existed. This will also be their first show, so it’s not one to be missed.

Poppy WS is a Worcester based singer-songwriter and multi-instrumentalist whose classical style blended with soul has a realness that you can only feel when an artist has lived and breathed their music. Her energy and contrasts between reggae rhythms to downtone jazz influences integrated through loops and multiple instruments make for both a heartwarming and moving performance.

Delivering a mixture of musical influences, Chloe Mogg creates a musical journey with her songs and own arrangements of covers. As a young singer-songwriter with “parrot” hair, she brings life and colour to her performances. Known for her quirkiness and smile, she haunts the audience with her ability to tell a story with only her voice, acoustic guitar and ‘strange’ effects.