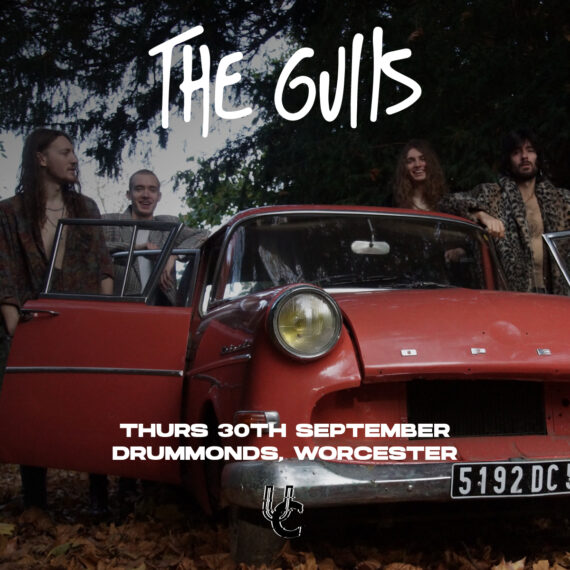 The Gulls are a four-piece rock & roll band living out on the road, the gritty old-fashioned way. Their lifestyle is reflected in their music – daring, audacious and full of surprises.

The true genesis of The Gulls began when they set out in August 2020, touring through the pandemic. Their music was constantly being born in the back of their campervan, which carried them through Europe and landed them at a derelict chateau in France, where they recorded their debut album.

Now, a year on, when The Gulls arrive in town, they come like an unstoppable force. No park, no beach, no high street is safe. In a matter of days large crowds flock for special concerts on the streets, in venues and in places of natural beauty alike. With an upcoming album to be released on 20th August and a dedicated new following, The Gulls have a fresh perspective for what the post-Covid music industry has to offer.