The Howlers, The Silver Lines

The Howlers, The Silver Lines 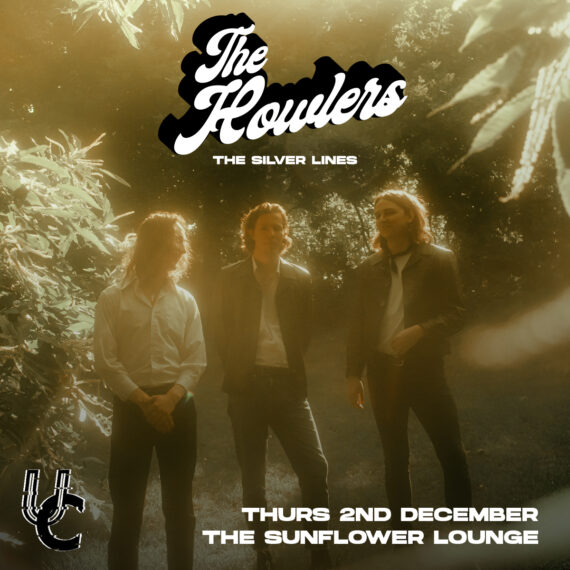 THE HOWLERS
London’s very own Leather clad Desert Rockers The Howlers have quickly rose through the ranks to critical acclaim across the board for broodingly emotive and ferocious live performances, emerging as one of the UK’s must see live bands, with the likes of Steve Lamacq (BBC 6 Music), Huw Stephens, Jack Saunders (BBC Radio 1) and Cheryl Waters (KEXP) all tipping the band for great things, The Howlers are surely a band to watch!

THE SILVER LINES
The Silver Lines are a punk/indie band from Birmingham, West Midlands. They have developed a loyal fan base selling out their hometown gigs and have just returned from playing their first festival in the USA, The New Colossus, NYC (with Tim Burgess from The Charlatans). Their singles have been championed by BBC Introducing and have had airplay on BBC Radio 1, BBC 6 Music, and Radio X.