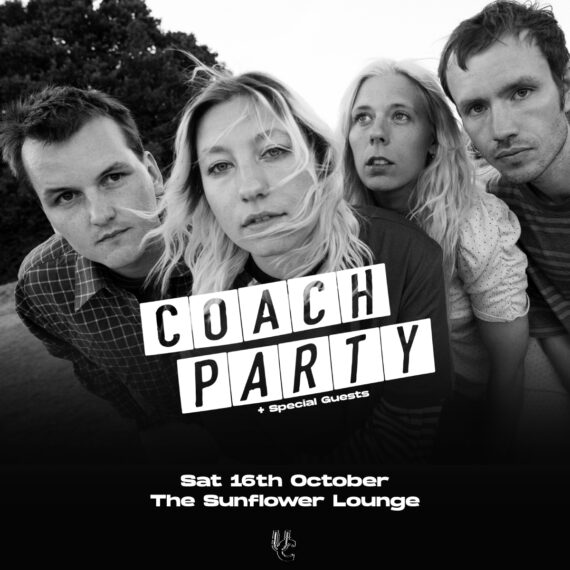 COACH PARTY
Musically, Coach Party are inspired by a broad palate of artists, but always find themselves drawn back to Nirvana, Sonic Youth and The Strokes, and contemporary artists like Wolf Alice, The Big Moon and Tame Impala. Ultimately though, Coach Party’s primary drive to write and perform music comes from “the often entertaining struggle of real life.”
The band’s debut 6-track Party Food EP sparked their increasingly exciting association with Chess Club – a label famed for breaking new talent, where recent exciting signings include Alfie Templeman and Phoebe Green, and past successes include Jungle and Wolf Alice. Upon the EP’s release, Coach Party found themselves subject to acclaim all over U.K. radio with fans, including BBC Radio 1’s Annie Mac, Clara Amfo, Jack Saunders and Huw Stephens (single ‘Bleach’ was even added to the station’s playlist as Introducing Track Of The Week), BBC Radio 6 Music’s Steve Lamacq, Radio X’s John Kennedy, and more.